Current LTC President Dr. Paul Carlsen remarked to those in attendance that under Ladwig’s leadership, the referendum to build the current campus was passed, the college transitioned from Lakeshore Technical Institute to Lakeshore Technical College, and the LTC Foundation was formed. “Most importantly,” said Carlsen, “our college served tens of thousands of students and graduated thousands of students.”
Ladwig, of Sheboygan, served as president from 1988 to 2003 when he retired after 42 total years of employment with LTC. Family members came from as far away as Nashville, Tennessee, for the ceremony. 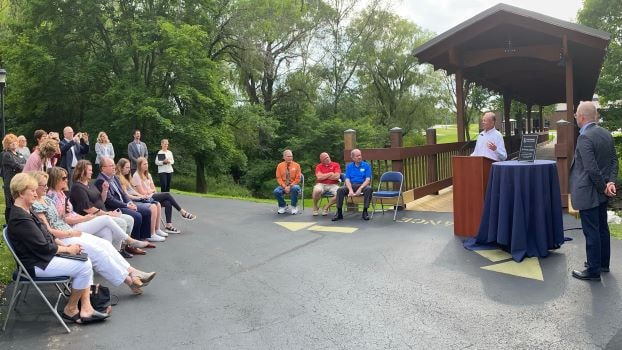