Students can play for fun and try out for competitive teams.

Construction of a new state-of-the-art esports arena is complete and the space is now open to students at Lakeshore Technical College. Students can play at no cost for fun or try out for competitive teams.

“As a member of the National Association of Collegiate Esports, we are excited to open this new arena and encourage students to visit and play for fun or try out for our competitive teams,” said LTC President Dr. Paul Carlsen. “We look forward to giving the other teams in our conference some serious competition.”

A Smash Bros. tournament is scheduled for January 5 at LTC. Admissions Advisors are in attendance of esports events to assist in any details needed regarding LTC. 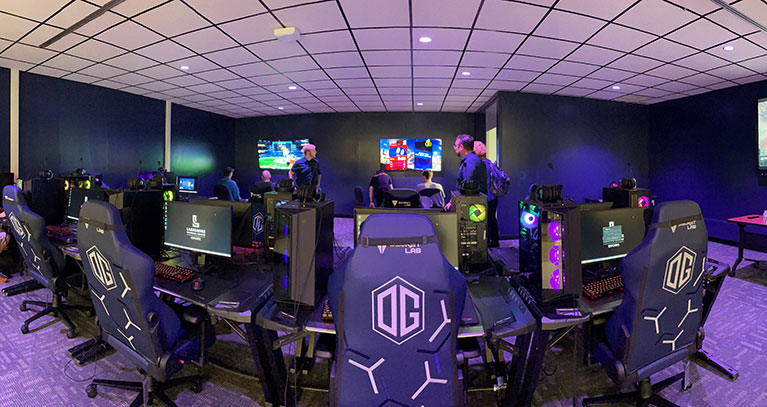